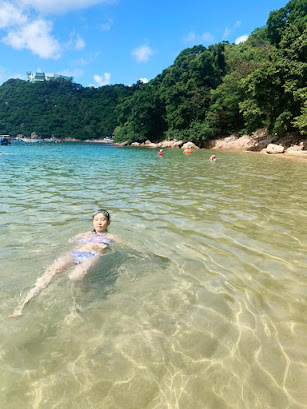 1 - Dog paddle - It was the first swimming stroke used by ancient humans, believed to have been learned by observing animals swim.Prehistoric cave paintings in Egypt show figures doing what appears to be the dog paddle
2 - The dog paddle has also been taught as a military swimming stroke when a silent stroke is needed - since neither arms or legs break the surface - ok i need it when 走難
3 - A old couple on a homemade boat suddenly appeared next to us, their boat were "made" by two standup paddle boards really - useful for 走難

Forced abstinence from swim for a week now. The last swim was at Turtle Cove Bay, the first day the beaches had to close, where stairs were all tightly wrapped by plastic tapes, and police patrols the sand to prevent people from gathering on the beach. (But people are allowed to gather at the restaurants drinking without masks along the beachside...)
ANYWAY, we had to run our way into the water, or along the outside of the shark net, if you really want to swim, that's the only way, and seems like there are a decent number of people that are seriously looking to just have a serious swim.

Beaches are still tightly wrapped, and completely deserted. We decided to go for the non-gazetted/non-government governed beaches. It was so refreshing, the water was clear all along the south side today.

+ water clear
+ secluded like a private beach, just waiting for someone to open an illegal bar
+ extremely happy doggie hopping into the water, joining us to swim, more like we joined him.
+ swim club Porsche
I didn't know (or maybe I knew) swimming can make me so happy, i wonder why that is. 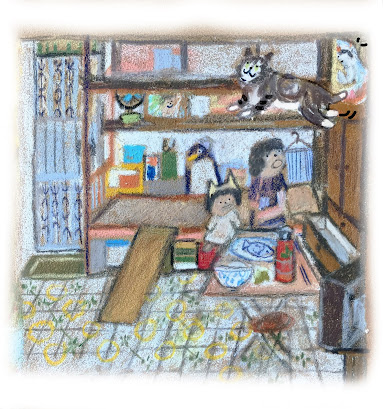 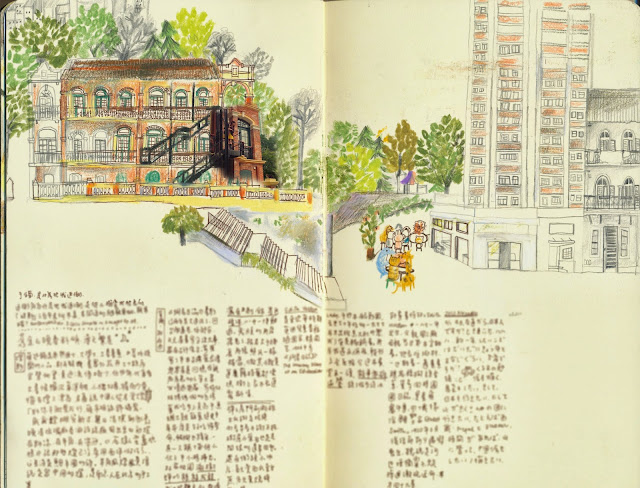 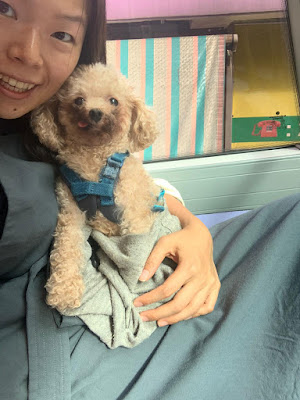 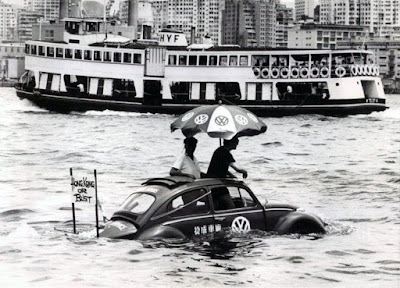 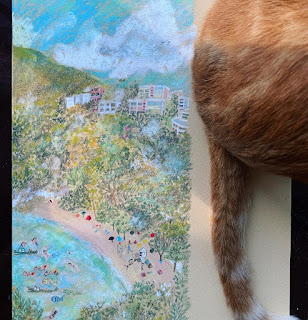 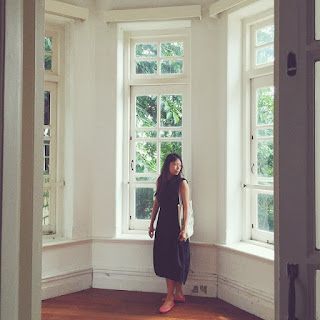 Midnight in the city of Victoria
"Rounding the corner towards Hongkong will be seen some of the forts which have been planned on a scale of thoroughness little dreamed of to protect Hongkong in time of need. These are appropriately known as the Belcher forts. Green Island is picture worthy of any film. Here there is a lighthouse directing the course for incoming steamers and on top of its sugar-loaf fern-covered heights is a signalling station.The only inhabitant is the light-keeper and he is "King" of a territory the whole of which can be viewed from its summit. In front of the nearly violin shaped opal green sheet of water known as Pokfulam reservoir...“ (Information for travellers landing at Hong Kong, c.1921)During first wave, we missed the pool. (But we found the sea)During third wave, sea swimming became illegal. (But we found the ceramics pipe)I was forced to exercise in my beautiful neighbourhood.It is a place of fascinating history, some houses here stood through the wars, they all have names - the ellenbud, alberose, or the bethanie chapel, the Stone Manor. Of course the old village of pokfulam, and the oldest reservoir of Hong Kong too.I spent a lot of time looking into the history of one of the houses in the past, when I was still working in architectural conservation.The house owners, used to be the manager of a silverware trading shop in Central.they had 4 kids.There were more than one diaries that mentioned them, Maman Rosie in particular, and how they took in people at the house during second world war, also memories of the Japanese tying them up, then searched the house..I was only drawing the ceramics pipes for @hongkongdragonkiln yesterday, and I saw one this morning! I screamed.